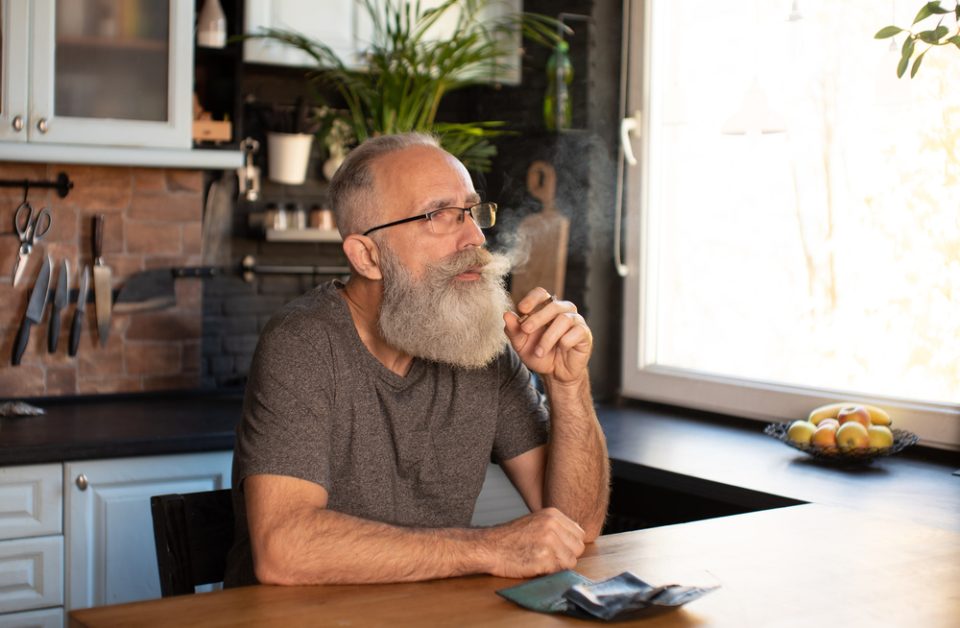 Would you be surprised to learn that more seniors are using cannabis than ever before? A study published by JAMA Internal Medicine proves as much. With that being the case, there is still plenty more for us to learn about cannabis – especially as it pertains to how age-related factors might influence its effects. It’s research and just begging to take place.

According to the previously mentioned study, just 0.4% of adults 65 or older used cannabis between 2006 and 2007. But in 2015-2016, that number had jumped to 2.9%. How many senior users are recreational users, as opposed to medical cannabis patients, is unknown. Common sense would suggest there is a healthy number in both groups.

Does cannabis affect cognition in seniors?

We are just beginning to understand some of the effects of cannabis on seniors. For example, does cannabis affect cognition in seniors the same way it does in young people? We already know that cannabis can harm developing teen brains in multiple ways, including reducing cognition. It is important to know if the same impact is observed in seniors.

At least one study suggests that cognition isn’t as much of a problem among seniors. Apparently, older brains are less sensitive to the effects of THC – at least where cognition and mental awareness are concerned. Senior brains are apparently better at keeping a grip on reality even under the influence of THC.

This isn’t to suggest that cognition is not affected at all. It still is. It is just that young people seem to have more trouble with cognitive skills under the influence of THC than their older counterparts.

Does cannabis affect memory in seniors?

It would seem that though a senior cannabis user doesn’t struggle with cognition under the influence of THC, they do struggle with memory. That could simply be the result of THC exacerbating existing memory decline. But of course, research would be needed to prove that.

We still don’t have a whole lot of answers because data relating to how THC affects senior brains is so limited. Seniors who do choose to use cannabis should pay close attention to how it affects them. If they ever have concerns about memory, cognition, or any other aspect of physical or mental health, they should speak with their doctors about it.

One last question to consider is whether seniors are likely to continue using cannabis. The chances are pretty good. According to the folks behind the Pure Utah medical cannabis dispensary in Payson, UT, chronic pain is the number one complaint cited by people who use cannabis medically. That alone suggests continued medical consumption among seniors.

Even recreational users sometimes consume to help with pain. As people age, chronic pain becomes more likely. So yes, the chances are pretty good that senior users will keep using cannabis as long as they can legally do so. The fact that the U.S. continues inching ever closer to decriminalization only increases the likelihood of increased senior consumption.

The more we know about cannabis, the more we know how much our knowledge is lacking. We need to continue studying the plant and its effects on human health, especially because seniors are using it more than ever before.

Can You Get a Hair Transplant On Your Whole Head?

Erection Problems Can Be Solved With Innovative and Customized Solutions