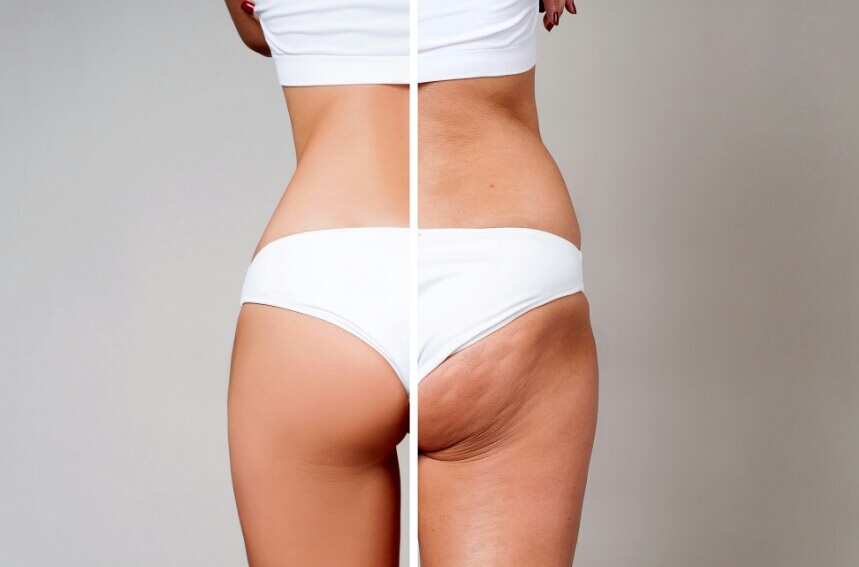 Cellulite is a commonly occurring skin condition that that forms dimpled and lumpy flesh on the hips, thighs, abdomen, and buttocks. It occurs more commonly in women. So, what is cellulite, how to know that you have a cellulite problem, and when to seek treatment? This guide sheds light on this important subject.

Contrary to common perception, cellulite is not fat. It is more specifically the creased or wrinkled appearance of the skin when underlying fatty tissue pushes through the septae. The septae is the fibrous band connecting skin to muscle.

There is no clear underlying cause of cellulite development. However, it has been more or less affected by factors including gender, lifestyle, and genetics. According to research studies, the potential causes that can work independently or in combination include:

Gender as a Major Factor

Gender, as mentioned above, is a major contributing factor to cellulite development. Females are more likely to have cellulite than males. This is because the female body stores fat in a different way. The fat in the thighs is stored in small columns, with some similarity to the design of old mattresses. As you age, there is a puckering effect on the fat. At the same time, the skin starts thinning. This leads to an increased rippling effect. On the other hand, the bands holding the connective tissue in place in men form a zigzag pattern.

Even hormones are considered to play a role in the formation and appearance of cellulite. The contributing hormones include:

According to one scientific explanation, when the hormone estrogen decreases in women, there is a decline in the blood flow to the connective tissue in the skin. This decline in estrogen usually occurs before menopause. A decline in circulation also decreases oxygen, thus reducing collagen production. When estrogen levels fall, fat cells also get enlarged.

Males usually don’t develop cellulite. However, men with lower than normal levels of testosterone have been found to develop it. This has also been found in men that undergo hormone-suppression therapy.

Aging can also be a contributing factor. The chances of cellulite development increase when skin becomes thinner, less elastic, and starts sagging.

What are the Symptoms of Cellulite Formation?

So, how do you tell that you have a cellulite problem? Mild cellulite is noticeable only when you pinch the skin in the area where cellulite has formed. Severe cellulite can have the following appearance:

There can be areas of skin with peaks and valleys. It will commonly form around the buttocks and thighs, but may also form on the upper arms, lower abdomen, and breasts.

If you notice signs of severe cellulite, it is recommended to see the right specialist at Clinique Jean Gilbert for proper treatment.

How Technology is Changing Healthcare