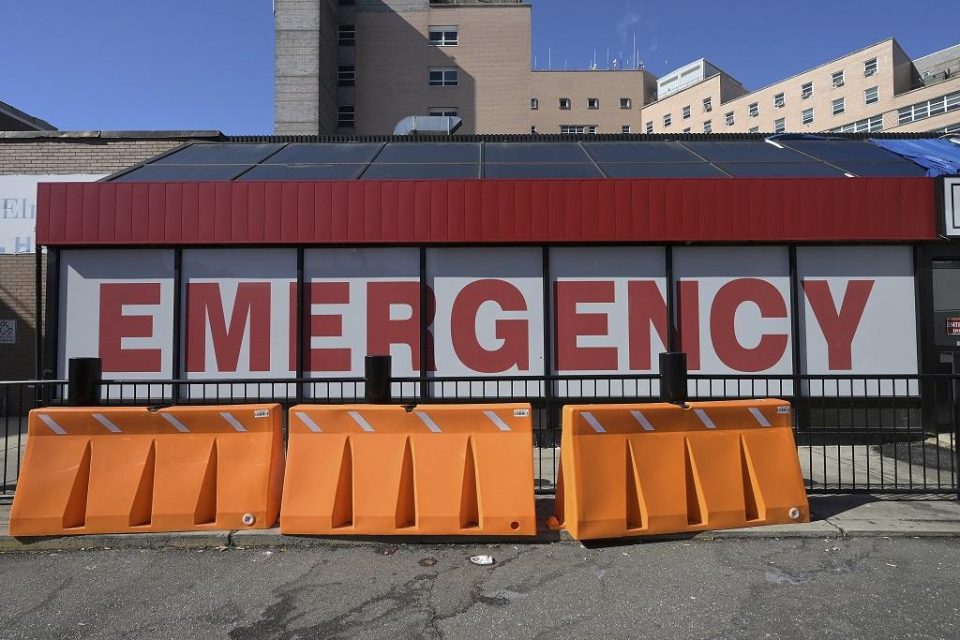 Backed into a corner financially, the private equity–owned physician staffing company could put doctors and patients at risk.

Envision Healthcare—the private equity–owned emergency medicine group with some 70,000 health care professionals staffing 540 health care facilities in 45 states—is in serious financial trouble. Creditors have lost confidence in its ability to repay its huge debt. Envision’s $5.3 billion first-lien term loan, due in 2025, was trading in distressed-debt territory at the beginning of March 2022, at 73 cents on the dollar; and its senior unsecured note due in 2026 was trading at 53 cents on the dollar.

How did this happen to the largest U.S. physician staffing firm, owned by Kohlberg Kravis Roberts (KKR), one of the most financially successful private equity firms in the world? How can KKR extricate itself and protect its investment? And what happens to its doctors and patients?

Private equity firms like to boast about their closely guarded “secret sauce” recipe for how they buy a company, load it with debt, introduce new high-tech practices that increase efficiency and revenue, and exit at a profit. But KKR and Envision demonstrate these assertions are empty. KKR acquired Envision in 2018 in a leveraged buyout that burdened the company with billions in debt. But KKR’s plan for paying off the debt and garnering a high return for its investors was purely low-tech.

Envision’s emergency room doctors do not belong to any insurance network. This let Envision send surprise medical bills to patients even when the hospital was in the patient’s insurance network. Loading patients who sought emergency care with often unpayable medical debt was KKR’s secret sauce. It was as simple as that.

Envision’s reliance on surprise billing became clear by mid-2019. As public anger rose, Congress focused on the two largest physician staffing companies engaged in this tactic, KKR’s Envision and TeamHealth, owned by Blackstone. Both houses of Congress introduced a joint, bipartisan bill to ban surprise medical bills that was expected to pass by the end of that year. (It would take a bit longer.)

Financial markets understood that, if the surprise-billing ban passed, Envision would not be able to pay off its debts. Envision’s first-lien term loan, the most secure debt held by creditors, quickly tanked to 50 cents on the dollar. When House members introduced a competing, PE industry–friendly alternative, stalling the effort, Envision’s debt recovered to around 70 cents, and hovered there through the first half of 2020.

Envision’s debt, however, still traded below 80 cents, which is considered distressed-debt territory. With the outbreak of the COVID-19 pandemic in March 2020, Envision’s finances were further strained, as elective surgeries and ER visits were curtailed throughout the country. The company faced the pandemic without any help from KKR’s deep pockets. It cut salaries of doctors and administrators, laid off clinical staff, and cut other costs at its emergency rooms nationwide. By April 2020, just two years after KKR acquired it, Envision was in bankruptcy talks with creditors and financial consultants.

But Envision avoided bankruptcy thanks to a bailout from the CARES Act (estimated by Axios to be $100 million) and the drawdown of its entire $300 million revolving line of credit with Credit Suisse—a provision included in Envision’s filing following the 2018 buyout. By mid-2020, its term loan was trading above 80 cents.

Congress continued its efforts to rein in surprise medical bills, and finally passed the No Surprises Act as part of the December 2020 omnibus spending bill, with the ban to take effect on January 1, 2022. But the bill included a provision allowing providers to take their case for higher pay to arbitration, which private equity–owned health providers favored.

However, while many viewed the final No Surprises Act as a victory for private equity, a close reading of the arbitration provision suggested otherwise. When the Biden administration’s Department of Health and Human Services wrote the regulations to implement the act, they hewed closely to the intent of Congress. While arbitrators determining payments can consider mitigating facts such as the doctor’s level of training or sickness of the patient, they are expected to start negotiations from the median in-network rate for a specific service in a specific region, not from the amount billed for physician services by the PE-owned staffing company. This allows for exceptions, but holds down health care and premium costs.

The ultimate outcome remains uncertain. In February 2022, a Texas federal judge struck down the rule requiring arbitrators to use in-network bills as a starting point. Patients are still protected from receiving surprise medical bills. But without this anchor, providers may receive outsized payments for services, driving up overall health care costs.

Despite this potential lifeline, the value of Envision’s debt continues to get hammered and its financial troubles persist. Envision’s current credit agreement allows it to transfer between $2 billion and $2.5 billion of assets to an unrestricted subsidiary. The company is in talks with Apollo Global Management, HPS Investment Partners, and Pacific Investment Management Company (PIMCO) to raise new capital in a deal that would shift some assets, presumably the most valuable ones, away from the existing creditors.

Drawing on lessons from other PE-owned companies facing financial distress—like Nine West, J. Crew, and Sears—KKR will likely emerge unscathed by dividing Envision into two companies, one with the valuable assets and the second with the remaining assets. For example, after the leveraged buyout of Nine West, Sycamore Partners immediately moved the most valuable brands out of the reach of creditors, leaving all of the original debt on Nine West. It paid itself a $40 million dividend, sold the better brands, and pocketed the proceeds. Nine West, meanwhile, filed for bankruptcy in 2018, laid off its workers, and closed all its stores.

Following suit, KKR may divide Envision’s assets, with “Bad Envision” holding the least profitable assets and the debt, while “Good Envision” gets to make a clean start and raise new debt to pay off creditors holding the debt of Bad Envision, at significantly less than 100 cents on the dollar.

Bad Envision, now left holding the debt, will need to engage in drastic cost-cutting to service debt and stave off bankruptcy. Even without the specter of bankruptcy, Envision physicians are under pressure to meet corporate performance metrics. According to a December 2021 California lawsuit filed by physicians at an ER facility, Envision’s corporate management has “profound and pervasive” control over its doctors. It determines pay and staffing, work schedules, patient volumes, and internal standards for treatment. Envision pits physician performance against the standards, “with the intention of modifying and interfering with” the physicians’ judgment of how best to treat patients.

The situation at Bad Envision can be expected to be even worse, with understaffing to save money imposing costs on both doctors and patients.

HCR ManorCare provides a disturbing preview of what may happen. PE firm Carlyle acquired the chain of over 500 nursing homes in 2007 for $6.3 billion, with $4.8 billion in debt. In 2011, Carlyle sold off the chain’s real estate to Healthcare Properties (HCP), a real estate investment trust, for $6.1 billion, pocketing more than $1.3 billion on the deal. Carlyle’s sale-leaseback arrangement unfairly burdened ManorCare with unaffordable rent payments. By 2012, unable to make these payments, ManorCare began laying off hundreds of employees. HCP responded to ManorCare’s decline by retaining its own “good performing” assets and spinning off ManorCare’s bad ones into a new REIT called Quality Care Properties (QCP). QCP sued Carlyle for back rent payments, and in 2018 ManorCare filed for bankruptcy. Between the time ManorCare’s real estate was split in two and the time of its bankruptcy, investigators had cited the chain for thousands of health code violations, as exposed in an investigative report by The Washington Post. Health code violations increased by 25 percent to 2,000 per year, almost all related to understaffing. Serious health code violations posing “immediate jeopardy” rose 29 percent.

Similarly, Bad Envision may find itself hurtling toward bankruptcy while understaffing emergency rooms to fend off that outcome, turning life-threatening emergencies into deadly ones for some patients. Congress was right to put an end to surprise medical bills; now it must act quickly to prevent KKR from extricating itself from a bad financial situation of its own making at the expense of Envision’s doctors and patients.