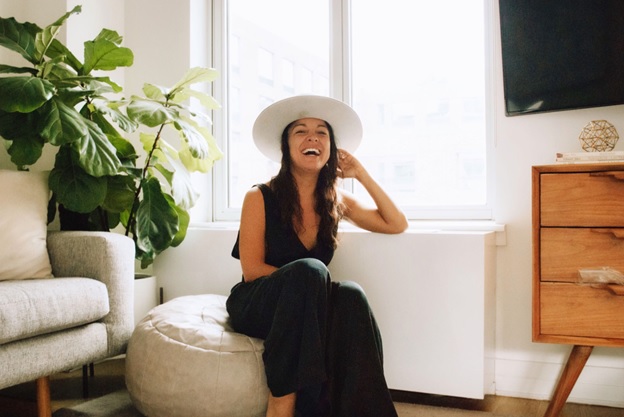 TUSHY, Miki Agrawal’s most recent endeavor, is pure brilliance. Miki’s simple bidet attachment company is revolutionizing the personal hygiene industry. Customers won’t have to spend extra money on a separate bidet because of this reasonably priced adapter, which attaches to any existing standard toilet. TUSHY has proven to be an overwhelming success, as have Miki Agrawal’s other companies.

Miki Agrawal has a reputation for upsetting the American cultural order. With a gluten-free, farm-to-table style pizza restaurant fittingly named WILD, the award-winning businesswoman began her path as a disruptor. The Big Apple had never seen anything like it before. She then established THINX, a business that produces reusable underwear for menstrual periods. Agrawal makes sure that THINX gives pads to young schoolgirls in Uganda because she is always thinking about how to make the world a better place. The cumulative market value of Miki Agrawal’s companies is more than $200 million.

TUSHY installs in ten minutes and costs less than one hundred dollars. Simply by using less toilet paper, consumers recover their original outlay in roughly 90 days. “And it certainly benefits the environment,” says Miki Agrawal. “Over 5 million trees have been saved from being cut down for the production of toilet paper thanks to TUSHY. I believe it is fair to state that TUSHY is significantly contributing to the transformation of America into a country of bidet and clean-butt fanatics.”

Dry toilet paper can aggravate a number of conditions, including yeast infections, hemorrhoids, anal fissures, and more. TUSHY, however, does more than just alleviate the problems that come with using dry toilet paper. Environmental pressures are also lessened by it. The environment is severely harmed by using conventional toilet paper. In the United States, almost 15 million trees are cut down each year solely to make toilet paper. Why are we cleaning our butts with dry toilet paper, Agrawal pondered? “It harms our health and hygiene since it doesn’t truly clean us. Millions of trees every year are killed by it. Yet we keep wasting money on it,” Agrawal lamented.

Sales of TUSHY increased during the epidemic when finding toilet paper was practically impossible. Revenue increased by 10% in March 2020, even breaking $1 million in revenue in one day.

Not only is Miki Agrawal a successful businessperson. Along with being a popular author, she has written two books, Do Cool Sh*t and DisruptHer. Without a doubt, she takes pleasure in assisting others who are motivated by a desire to challenge the status quo and disrupt markets.

Agrawal counsels prospective business owners based on her own experience. “It’s not always simply fun and games while developing, but there will always be tiresome tasks. Learning patience is just as crucial as having a want for more, since it might take some time for a skill to actually stick,” she says.

Agrawal has been recognized as one of Fast Company’s Most Creative Individuals, a Young Global Leader by the World Economic Forum, and one of Inc. magazine’s Most Impressive Women Entrepreneurs. “I always adore asking questions about things that don’t make sense to me,” says Agrawal. With a perspective like that, Miki Agrawal is sure to keep innovating in the future.

The Real Cost of Teleconsult in Singapore

What Are the UAE Residency Requirements?

Understanding bulk billing and its advantages: