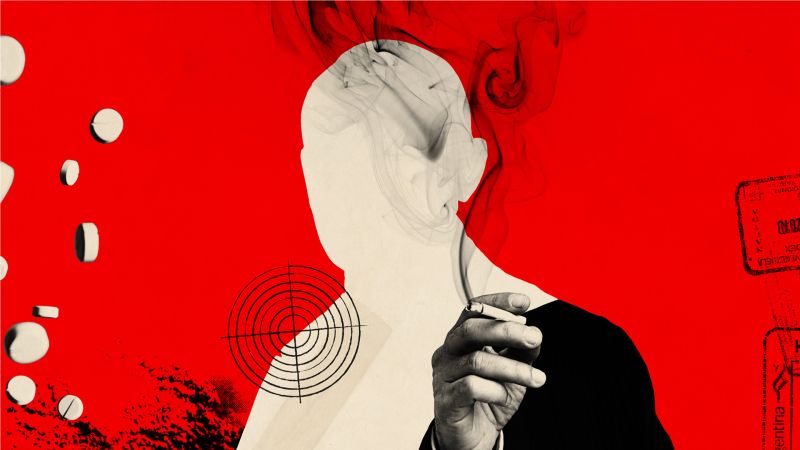 The black market for diapers and other baby products thrives because so many people can’t afford over-the-counter prices for them. Diapers and wipes cannot be purchased with food stamps or other welfare benefits, and the expense is a grinding source of stress for families in poverty. During the pandemic, the number of families who couldn’t pay for diapers shot up across the country. The HopeLine, a community-aid organization based in the Bronx, was distributing an average of fourteen thousand diapers per month in 2019; in 2020, the average spiked to twenty-two thousand; and in 2021 it climbed as high as thirty thousand. “The lines today are through the roof,” Maria Cintron, the organization’s executive director, told me when we spoke recently.

The community that Cintron serves also represents the target market for those who steal baby products with an intent to resell them. “A lot of parents might go to the local bodega or to a neighbor and buy these little off-brand packs of diapers, because that’s all they can afford,” Cintron said. “The bodega might actually be part of these shoplifting rings, unfortunately—sometimes the parent is getting something cheap on the low. Then the baby gets a rash or the diaper leaks, and the parent needs either to get more diapers or to keep the baby in a dirty diaper. We’ve seen a lot of that happening, and it gets people that much closer to taking the next step of shoplifting,” she added.

Luongo and Sussman both said that prosecution of nonviolent petty offenses in the city has grown less harsh in recent years. (War stories from the Giuliani and Bloomberg eras abound: Sussman recalled a client who did three months for pocketing a Pez dispenser at Macy’s, and Luongo had an elderly, homeless client who got a year for stealing toilet paper and gum from the old Pathmark on 125th Street.) New York State reformed its bail policies in 2019; petit larceny is no longer a bail-eligible offense under most circumstances, but judges are granted some discretion when other alleged offenses are involved. (Supervised release, an alternative to pretrial detention that went citywide, in 2015, has been shown to be “as effective as cash bail in” insuring that defendants keep their court appointments, according to the Mayor’s Office of Criminal Justice. It has also been criticized for being too liberally applied: the man who murdered Christina Yuna Lee in Chinatown last month was on supervised release.) Plea deals have become less draconian, and judges and prosecutors appear more open to sentencing alternatives, such as drug-treatment programs and behavioral-health counselling. Ann Mathews, the managing director of the Criminal Defense Practice at the Bronx Defenders, told me that the question is not whether there have been improvements in attitudes toward low-level offenses: “It’s: Why are we prosecuting these instances in criminal court at all?”

That question is especially apt in light of evidence that prosecution of low-level crime is rarely successful—just twelve per cent of misdemeanor cases in the city end in a conviction—and does not appear to act as a deterrent. It may even increase the likelihood of future offenses. A working paper published last year by three university professors under the aegis of the National Bureau of Economic Research found that “nonprosecution of a nonviolent misdemeanor offense leads to large reductions in the likelihood of a new criminal complaint over the next two years.” The most dramatic positive effects accrued to first-time defendants, “suggesting that averting initial entry into the criminal justice system has the greatest benefits.” Michael Rempel, the director of the Data Collaborative for Justice at John Jay College of Criminal Justice, told me that, when it comes to shoplifting, “there is no magic solution that anyone can point to, but there’s certainly no evidence that churning these individuals through the criminal courts is helpful.”

Rempel is a co-author of a Center for Court Innovation report that argues “that the potential stigma, trauma, loss of housing, and reductions in employment and earnings that jail produces are criminogenic—leading to higher rates of recidivism than would have otherwise arisen had people been released.” (The study also showed that policing and prosecution of low-level crime in New York City is a locus of startling racial disparities: in 2019 and 2020, Black New Yorkers, who constitute less than a quarter of the city’s population, accounted for nearly half of misdemeanor arrests.) Petit larceny is among the nonviolent crimes that the Center for Court Innovation study recommends for pre-filing diversion, in which an individual is not prosecuted but instead immediately directed to community services that can address challenges related to housing, substance abuse, behavioral health, and more.

But even if more of these services were to materialize tomorrow—handsomely funded, warmly welcomed by the editorial board of the Post—they would be no panacea. Diversion programs as currently formulated, Sussman said, can be a nightmare of bureaucracy and brain-breaking logistics, further exacerbated by high levels of turnover in both D.A.’s offices and social-service agencies. “It’s bred into me now that clients are going to have a really hard time getting the services,” Sussman said. Clients who live in Brooklyn might be assigned to an outpatient program in the Bronx, nowhere near a bus or subway stop. Appointments—as many as three or four in a week—are handed down without regard for child-care needs or work schedules, and punctuality is required but not necessarily rewarded; the client may have to wait two to three hours to be seen. Full compliance can be near-impossible for anyone with a job, a kid, serious mental-health issues, or just low motivation.

So long as there is poverty, there will be crimes of poverty. Misdemeanors—in particular, nonviolent offenses such as petit larceny and low-level drug possession—strongly correlate with poverty, homelessness and unstable housing, substance abuse, and behavioral-health issues. The number of homeless New Yorkers is sixteen per cent higher than it was a decade ago, and includes tens of thousands of children. (The pandemic also precipitated a dire psychiatric crisis among the city’s homeless population.) More than forty per cent of New Yorkers are considered to be at or near the poverty line, and, according to the Center on Poverty and Social Policy at Columbia University, the end of the child tax credit has plunged 3.7 million children into poverty nationwide.

Cintron, of the HopeLine, said that the circumstances for her clients are more challenging now than they were in the first and darkest stages of the pandemic. “Back in 2020, we got more grants, thankfully, and more people were becoming interested in what we were doing and sending donations,” she said. “And more of our families—not everybody—were getting a boost.” The government made stimulus payments and extended unemployment benefits; families receiving snap got supplemental benefits; evictions stopped. “But even then,” she went on, “I knew that once we got out of the cloud of covid and people were back to reality, it was going to be a much harder time. Right now, people are having a shock to the system. People are falling behind.”